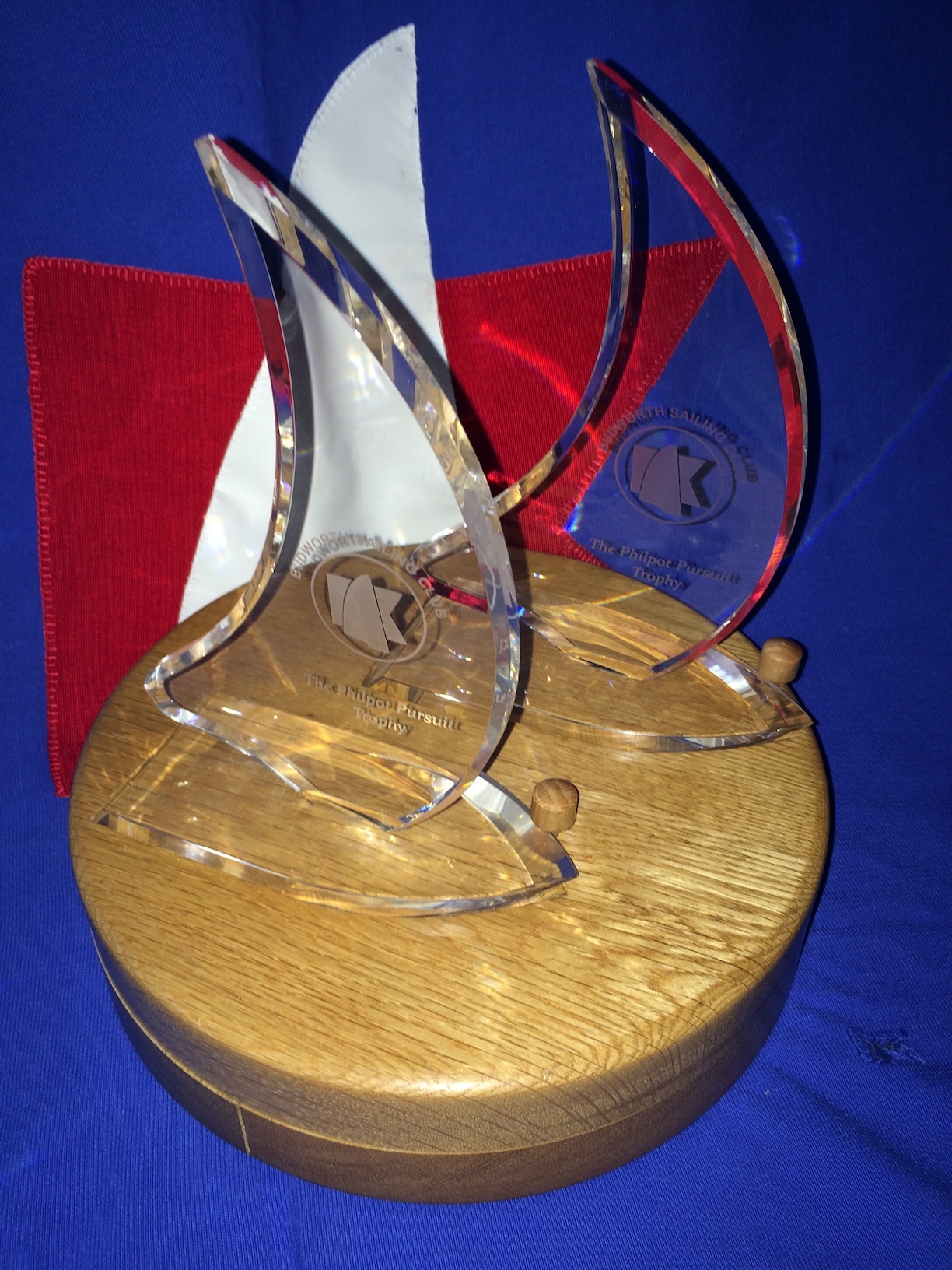 On Sunday 27th October the clocks change, and to mark both this and the end of Main Points is a special event racing for the Pursuit and Driver Trophies. There are two pursuit races scheduled, with the first start at 11:00 and two races to count (one race will constitute a series). The winner of the mini series will be awarded the Philpot Pursuit Trophy.

But the day is also a team event. The top three placed boats out of each fleet will count towards the Driver Trophy, and the fleet with the lowest points will be awarded the prestigious club trophy and can claim to be the best fleet of the club, at least till next year.

So, make sure your fleet is out in force to try to win the team prize as well as grabbing the pursuit trophy.

For those not familiar with pursuit racing, the race works by staggering the start of each fleet such that the slower boats start early and the fastest boats start last, and in theory all boats will finish in a dead heat when the full race time has elapsed. This means that you know exactly where you are in the race even though different classes are racing against each other if you are in the lead you are winning, if you are fourth you are fourth, and so on.