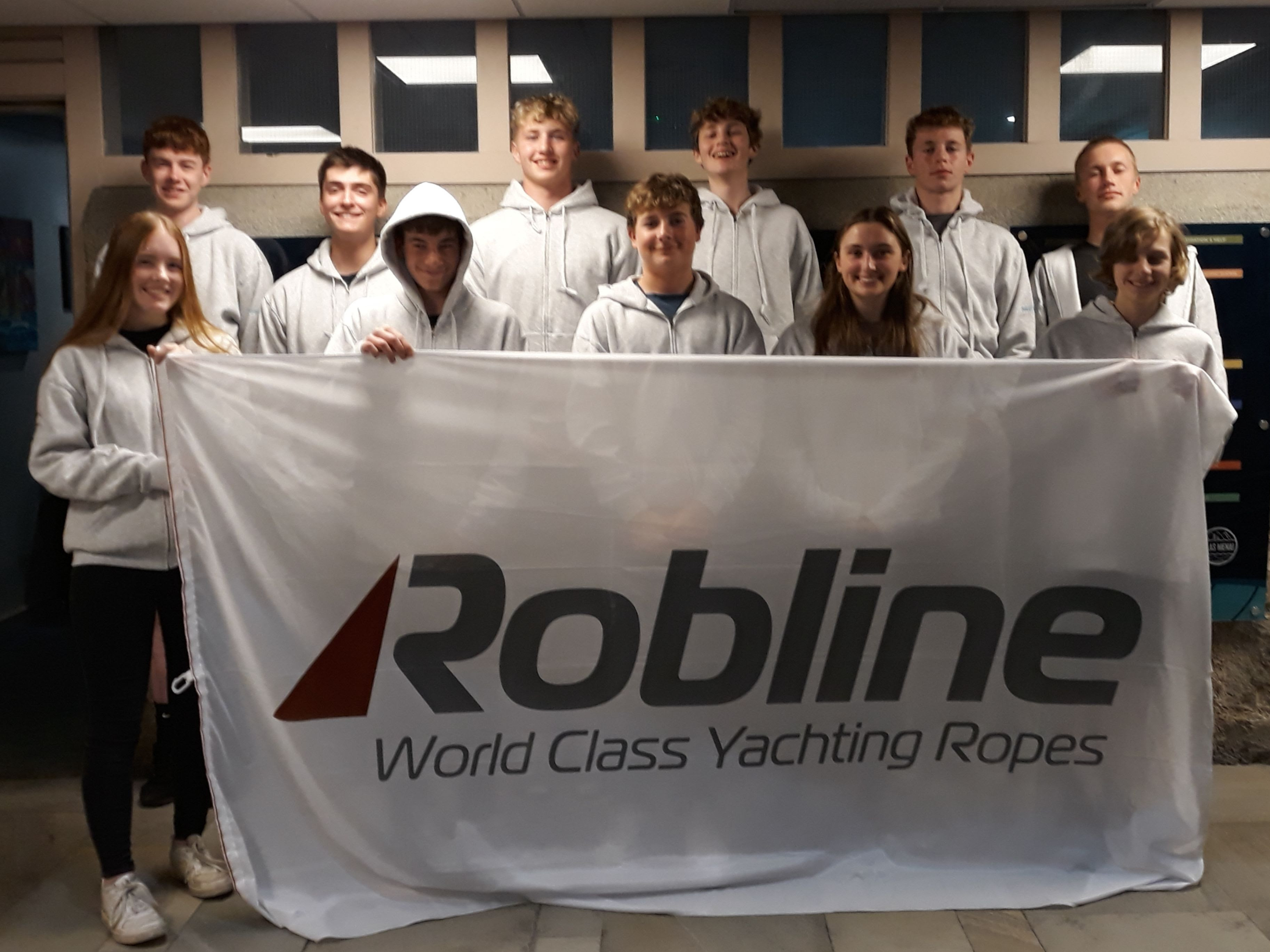 On the 24th October, 4 Budworth juniors (Sian Baird, James Alexander, Fin Waterhouse and Kian Lawlor) travelled across to Plas Menai to take part in the annual E Howard Davies youth training week. Strong winds were forecasted for the week, and it certainly did not disappoint. Monday started with coach Phil Hodgkins for onshore setup, before venturing out onto the water. A few capsizes meant that all were tired and ready for a good night's sleep. The wind picked up throughout the night and coach Ian Dobson decided an early start was the best way to tackle Tuesday's weather. Conditions meant that a morning of high wind sailing (and an unintentional trip to Felinheli for one boat as they experienced the strong tidal currents of the Menai Strait) was all that could be done on the water. The evening was filled with sailors returning to the classroom to practice their splicing skills. Wednesday was forecasted as the highest wind strength which meant that the sailors could have a nice lie-in to recover from the previous day's exhaustion. Not for all though, as Rosanna Joyce was released from COVID isolation and arrived in Plas Menai ready and raring to go. Coach Chris White noted the 25-46mph winds and decided it best to go through some on shore training. One boat was lucky enough to have its entire rig tuned! The day finished with a zoom call from 3-time Olympic Champion Ali Young who spoke about the importance of fitness and sport psychology. Thursday's weather started similarly to Wednesday, however coach Sam Watson couldn't have the sailors missing anymore fitness! We started with a light jog around the local area, with mixed enthusiasm. Luckily, the wind died down and it meant the sailors could train until dusk. Friday was a stark contrast to the rest of the week. Coach James Goodfellow set a course for the light winds and there was a focus on starting and mark roundings. Disaster struck as Fin's shroud shot out of the hull, unfortunately causing him to have to retire for the day. Not to worry, as they had plenty of coaching from James in the rib. As the week came to a close, the sailors gathered for a final debrief as parents arrived and began to de-rig the boats. After a great week, all the exhausted juniors headed back home.


It was a fantastic week of sailing where all sailors lent so much and were able to hone their skills under the watchful eye of some of Britain's best sailors and coaches. It capped off an amazing season where they have had so many opportunities to sail the GP14s. A huge thank you goes to all those who have lent their boats and time supporting these juniors. Just watchout for them on the water next year!