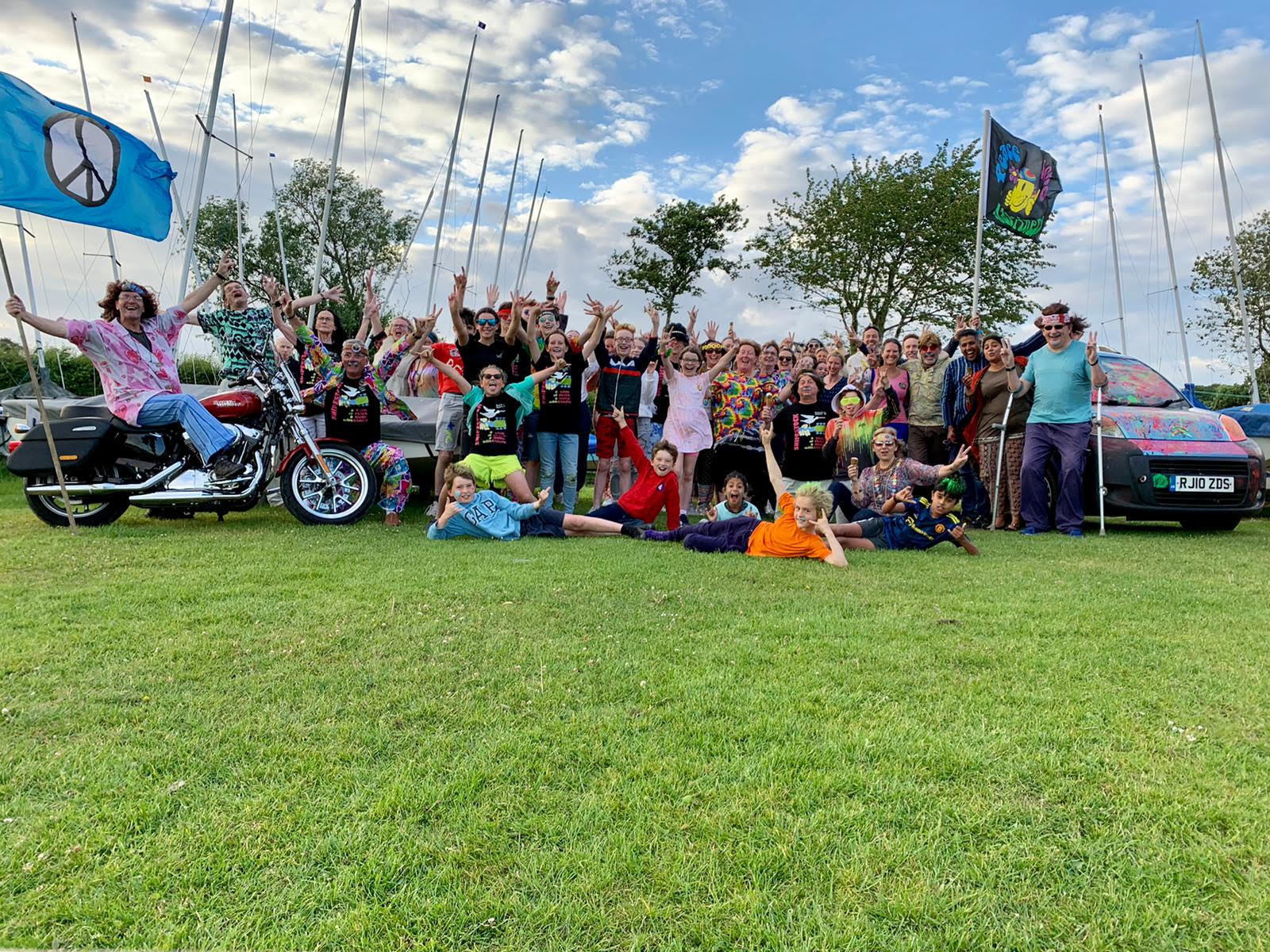 The sun shone on Friday eve but the 20 knot gusting 30 was a challenge for the BBQ. Hunkered down by the steps with wind breaking door the coals eventually got lit and stayed so of a good three hours. One casualty was a glass panel when hit but a moving wind shield, thankfully nobody suffered.

The boarders put a great show of foiling and non-Foiling near flight with flags looking more like pieces of painted Ply board at the top of their poles. The kids ran wild having fun and the parents having fed an watered them retired to the bar where Rob, Phil and Tracy were joined in music making by Eve Paalman and her friends.

Under severe pressure from the kids "we need a fire" it was lit at 8pm and was warming toes until the wee small hours. Marshmallows on a stick are legendary but do you like yours high baked and pealed or gently roasted?

Saturdays forecast was as expected more of the same wind, so again the boarders braved the week to find the great thrills of speed. Rob Murphy with Hanna and Eva shot around the lake in their RS200 as did Alistair and Evie Coates giving a masterclass in high wind downwind technique.

In the absence of sailing of most and abandoned racing, we set up the Volleyball and played with various interpretations of the rules. Eric offered his car up for a hand paint-fest, not quite as washable as he thought when he set to it with various chemical the following morning = 2 hours scrubbing & one lovely shiny like new blue car.

It was great to see a number of the newer members getting into the Snipestock spirit of Peace & Love, although many stayed away due to the lack of sailing which is a part of the weekend but not essential as you saw if there. Robin and Bernice Mister were missing as Robin was down but not out with C19 (get well soon buddy).

Post BBQ number II, there was free ice cream and the team photo before we got back to the serious business of CHILL with music and singing.

No sailing prizes this year, but we are all looking forward to the "2023" sustainable medals introduced on the night !? (if you were there you know what I mean :-)

Sunday is still classed as Snipestock but it's the serious sailing bit and boy was it seriously fast this year.

Pop it in your mental calendar for next year, mid June "3 days of Peace and Love with Sailing"