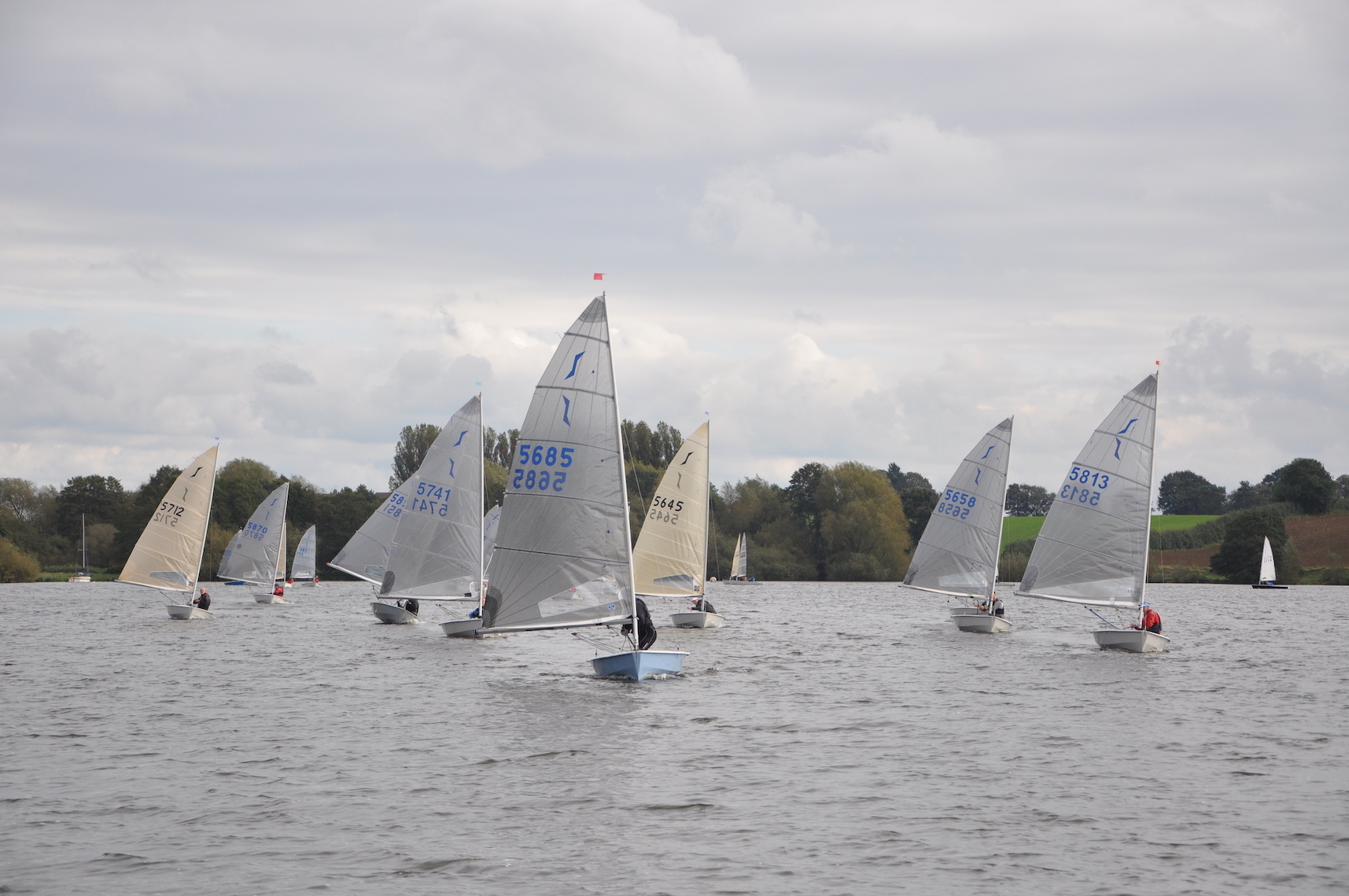 The beautiful Budworth Mere, with its trees just starting to hint autumn, welcomed 12 talented travelling sailors for the final of the Solo Northern Series. With so many proven open meeting and series winners it was going to be exciting racing for the entire fleet. The additional 12 home competitors made up the total of 24 boats, including some of Budworth's finest helms, from other fleets, joining in the fun with loaned boats. Bacon butties and coffees accompanied the rigging until the racing commenced at 11:00 am.

In contrast to the all-male solo sailors (unusual for Solos) a lovely splash of female charm was provided by the expert race officer team of Ali and Katie. They provided great start lines and courses to facilitate close and tactical racing for the whole fleet. With the lightest of teachers touch, (possible detention was mentioned at the briefing), the fleet was brilliantly managed with no general recalls or the cause for the U flag to be flown.

A mild south easterly breeze which built to hiking strength with the promise of an odd marginal plane provided the backdrop to the racing. With this wind direction there were patches of varying strength wind, with shifts and wind bends to task the most experienced sailors. At times it could feel like a game of snakes and ladders with frequent opportunities for place changes for the those who could read the wind conditions.

In race one Roger Guess made a brilliant start, to reward his 5-hour journey from Salcombe, and led until being caught by last years Northern Series champion, Stephen Graham, who took the win, with Martin Honnor third. Battles throughout the fleet were to frequent to catalogue.

Competitors were then treated to lovely lunch of warming chicken or vegetable soup and a sandwich to chat through the action from the sailing encounters and re charge for the two back to back races to decide the Budworth Open and some of the top places for the entire series.

Race two, Philip Barnes popped out in front of the fleet and his consistent speed enabled him to hold on with Innes Armstrong second and Martin a consistent third. With Stephen, Roger, Philip, Innes and Martin all securing podium results the open was still wide open with all the play for in the final race.

A close and accurately timed start saw the leaders all accelerating down the first legs of the course, all bunched close together, each trying to find the optimal route. Philip saw a potential shift and banged the corner of the beat to take him from sixth to second, and with the top two now starting to build a lead it became a match race between Martin and Philip. It was nip and tuck all the way but in the end with Martin's fast boat speed took the race win and second overall in the Solo Northern series, but Philip's bold move give him second place and the overall Budworth Open title.

It had been a brilliant day and yet again a great Solo Northern Series. In the welcoming bar, with beers flowing Ian Noble our hard-working class captain thanked all the volunteers who provided the race management, great food and essential rescue cover, without which the event could not be held. The prizes were given out for Budworth Open and Philip Barnes summed up the whole series.

A special thank you was made to Winder Boats for the very kind and generous support of the Winder Solo Northern Traveller Series prizes. These were selected by each of the eight prize winners, unfairly the winner of the series, Steve Denison, had the last choice (enjoy your tape) as unfortunately (?) he was enjoying the sunshine of his holiday so could not attend. So, in second Martin Honnor took first choice, followed by Philp Barnes 3rd, Ian Hopwood 4th, Martin Brenan 5th (prize to be collected), Nick Hornsby 6th, Andy Fox 7th and Stuart Norris 8th (see Solo web site for full details).

Budworth reluctantly had to find the team trophy from behind to bar to pass to Nick Hornsby to collect the Solo Northern series for Hollingworth Lake Sailing Club.

So, all that was left was to thank Philip for arranging the series and to look forward to next year for more competitive and friendly racing, cannot wait. 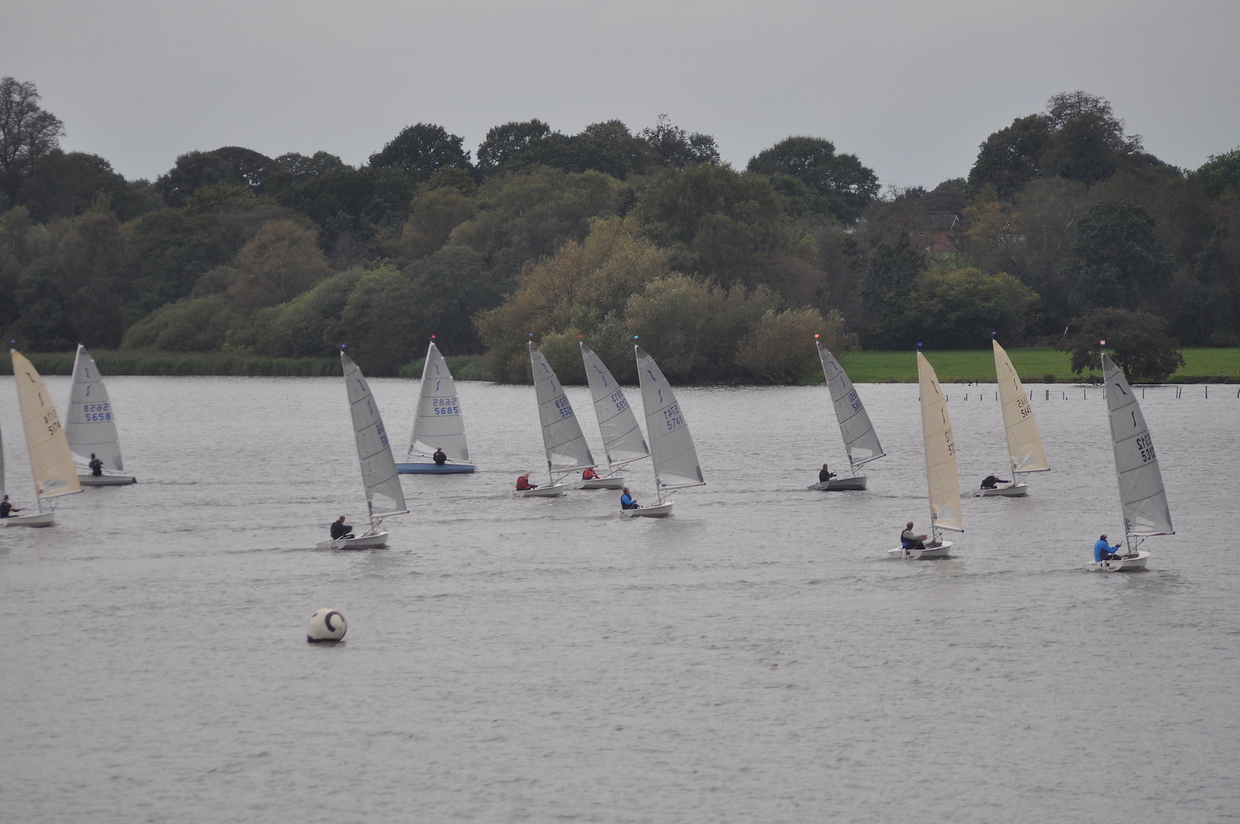 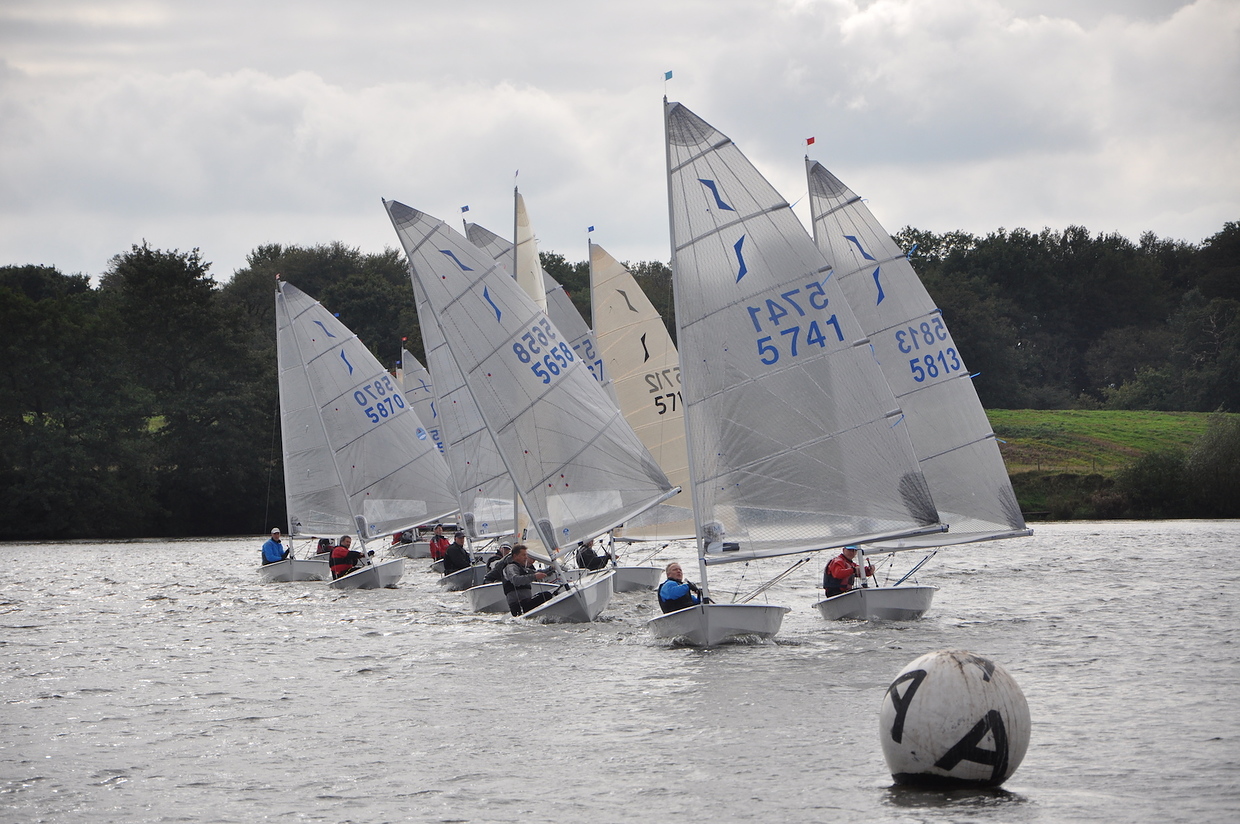 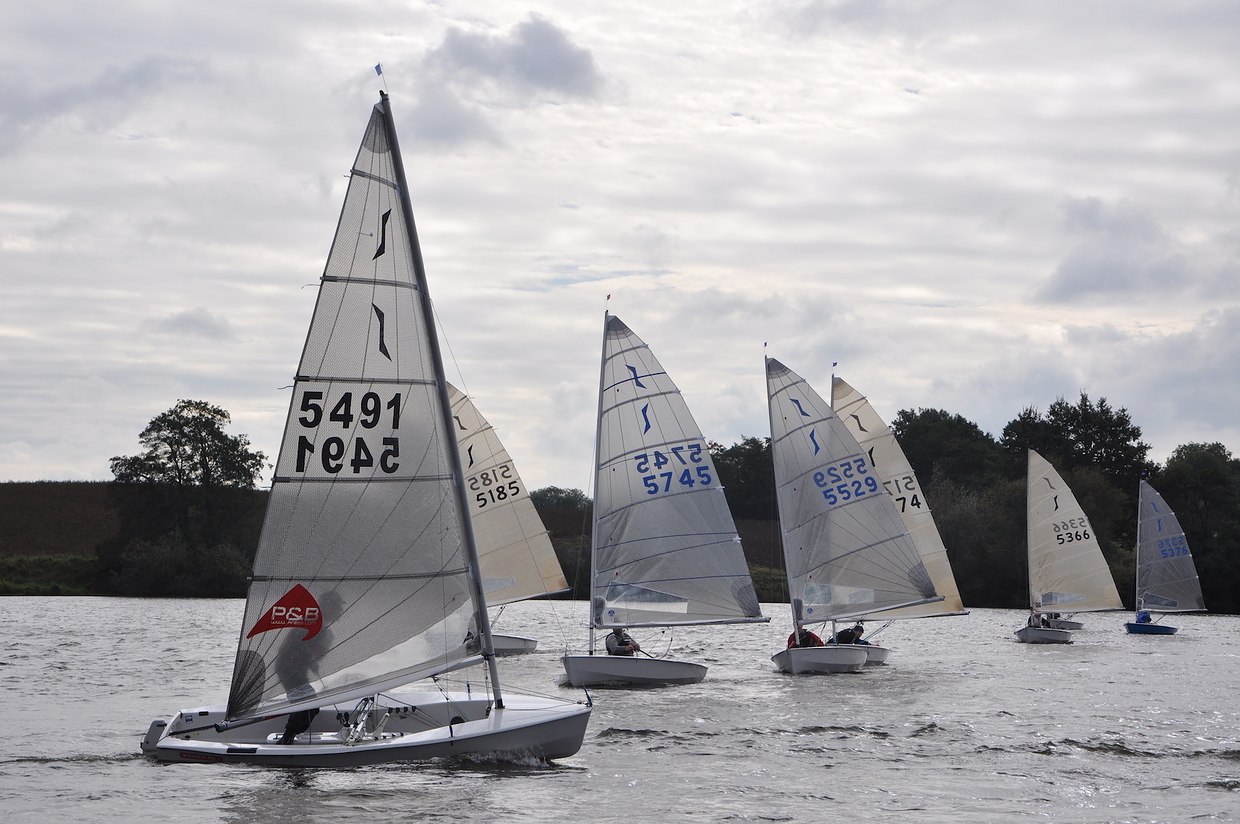 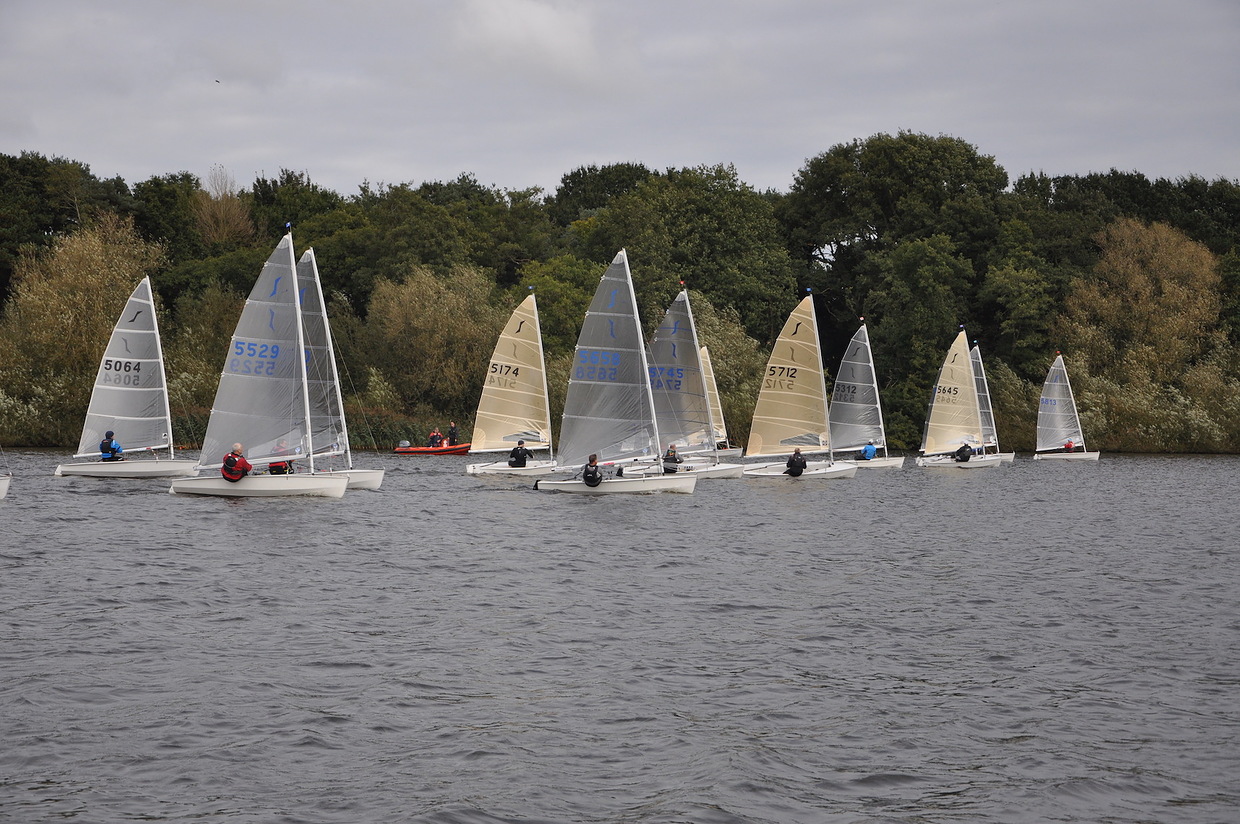 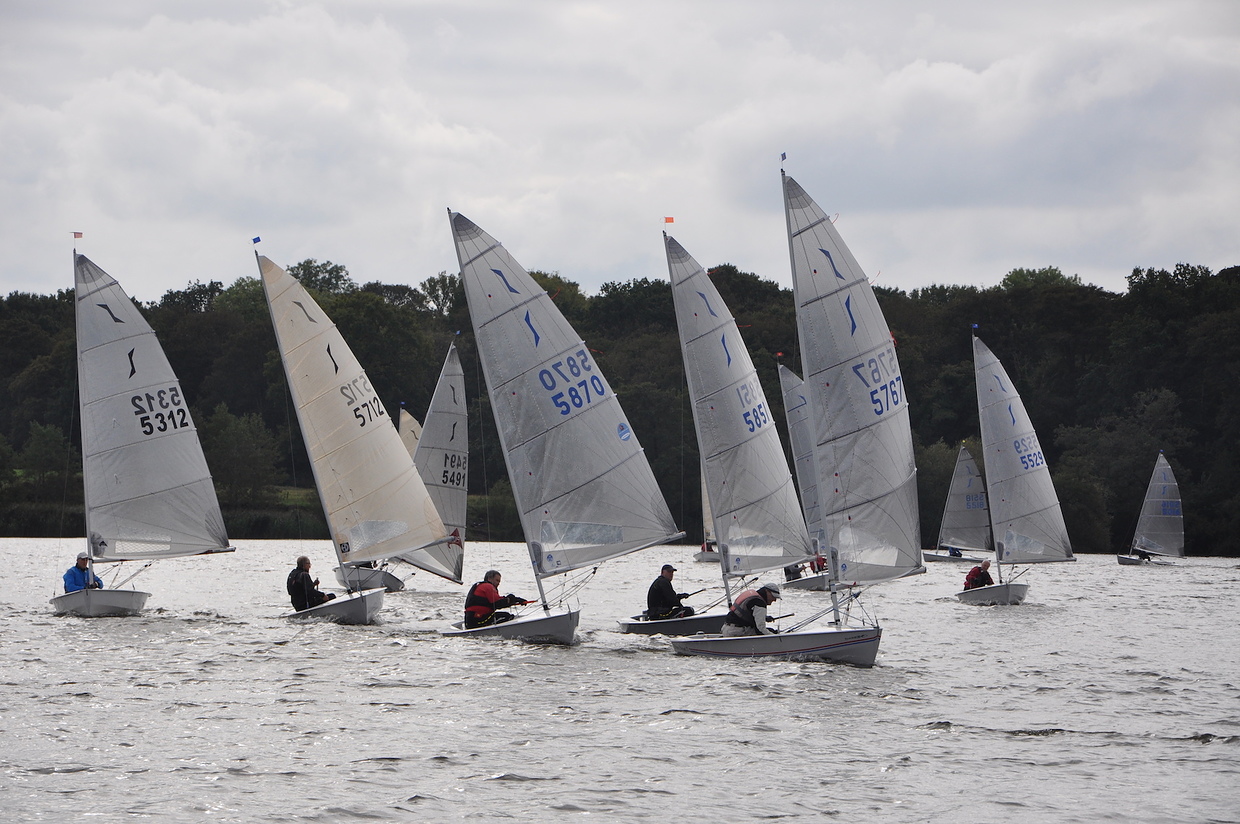