Competitive racing returned with a bang to Budworth SC on 6th June 2021 with the much-anticipated GP14 open event. Attracting 23 entrants, including 5 travellers from the North West, this was the first GP14 event hosted since the first national lockdown in spring 2020, and Budworth were keen to put on a good show.

The forecast was for light winds but thankfully this didn't deter the many sailors that arrived early to rig and sign-in with the on-site team. Coronavirus restrictions meant normal galley service was not feasible, so all entrants instead received a goody-bag of drinks and snacks (and hand sanitiser) that had been prepared by Budworth's GP14 fleet captain, David Morris, and wife Zoe.

While the forecast for low wind proved correct, all 3 races were able to take place with only minor postponements. The wind that did materialise was fickle, and a big thanks go to the Principal Race Officer, Tony Wilcock, for adapting the planned course as the wind swung round. Even with all the will in the world, on race 3 the wind backed 45 degrees just 5 seconds before the gun, and those with a keen eye anticipated the shift with deft manoeuvring to shoot off as the gun went, while others stalled head to wind. 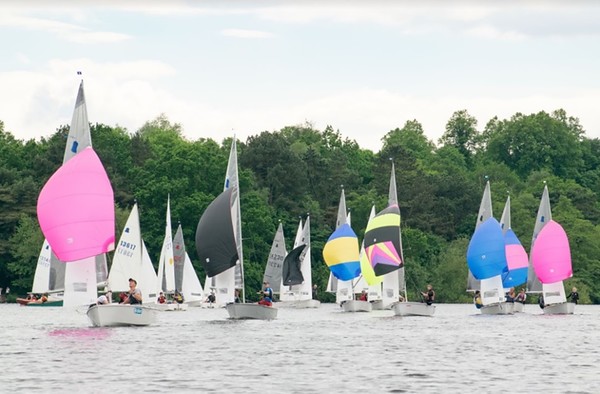 After the event, competitors gathered on the lawn for prize giving and a well-earned beer in the sunshine. Thanks to generous sponsors, including Creation Covers, Woodwind GRP and Wildshore Delamere, there was an array of prizes to award including jackets, t-shirts and caps, boat care vouchers, rudder bags, Main sheets and other boat paraphernalia and the much-coveted Budworth plate and tankards. 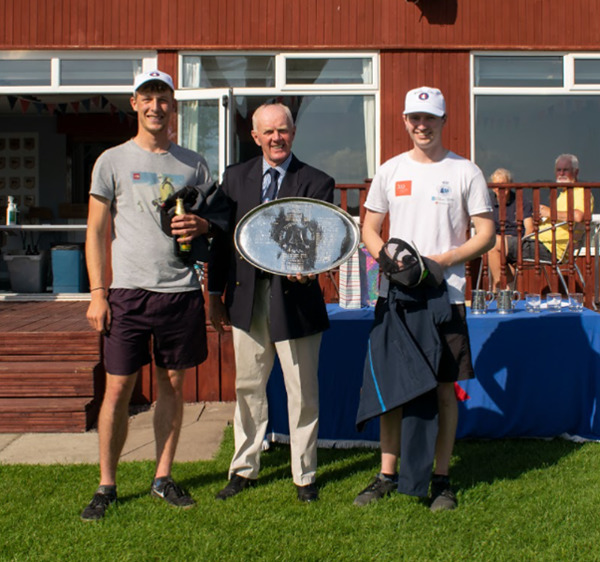 First place went to Budworth's own Nick Devereux with his crew Alex Hughes. Second place went to Sam Watson and Matt Burke from Nantwich and Borders, while Bolton's Mark and Tom Platt took third. Other prize recipients included Julie and Chris Waddington from Bolton for first place in the Silver fleet, with Julie also crowned First Lady of the day. Budworth's Ross and Matthew Baird received first place in the Bronze fleet. At 12 years old, Matthew was the day's youngest competitor. Meanwhile a prize for the helm and crew with the youngest combined age went to juniors Fin Waterhouse and Kian Laylor, whose combined age of 30 was still lower than almost all other individual participants. Most Senior Pairing was awarded to Bill Anderson and Graham Thornes. Something new and not seen before was a prize named the 'Holeshot' for the leading boat after the first mark. This was won by three individual helms, showing how tight the competition was across the 3 races. Winning helms were Sam Watson, John Chapman and Mark Platt.The light air meant the "early bath" award for first capsize was thankfully left unawarded, giving the rescue team chance to sit and enjoy the racing without any customers.

Thanks go to the GP14 Association for their support, especially Vanessa Devereux for scoring the event, and to all the Budworth team who assisted on and off the water, as well as Faye Cleaver Photography who hopped in a rib in order to capture some fantastic action shots of the day. Full results can be found here https://tinyurl.com/2021GP14

Results can be found here. 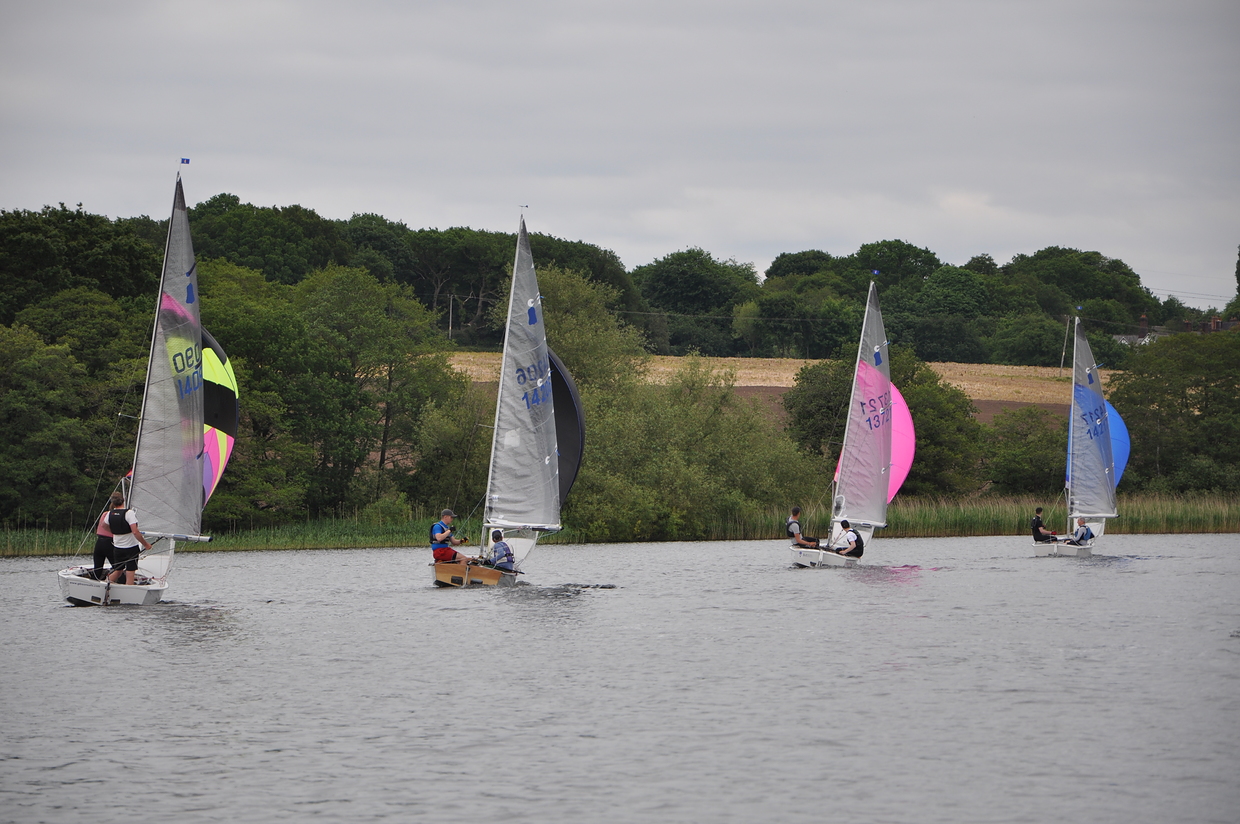