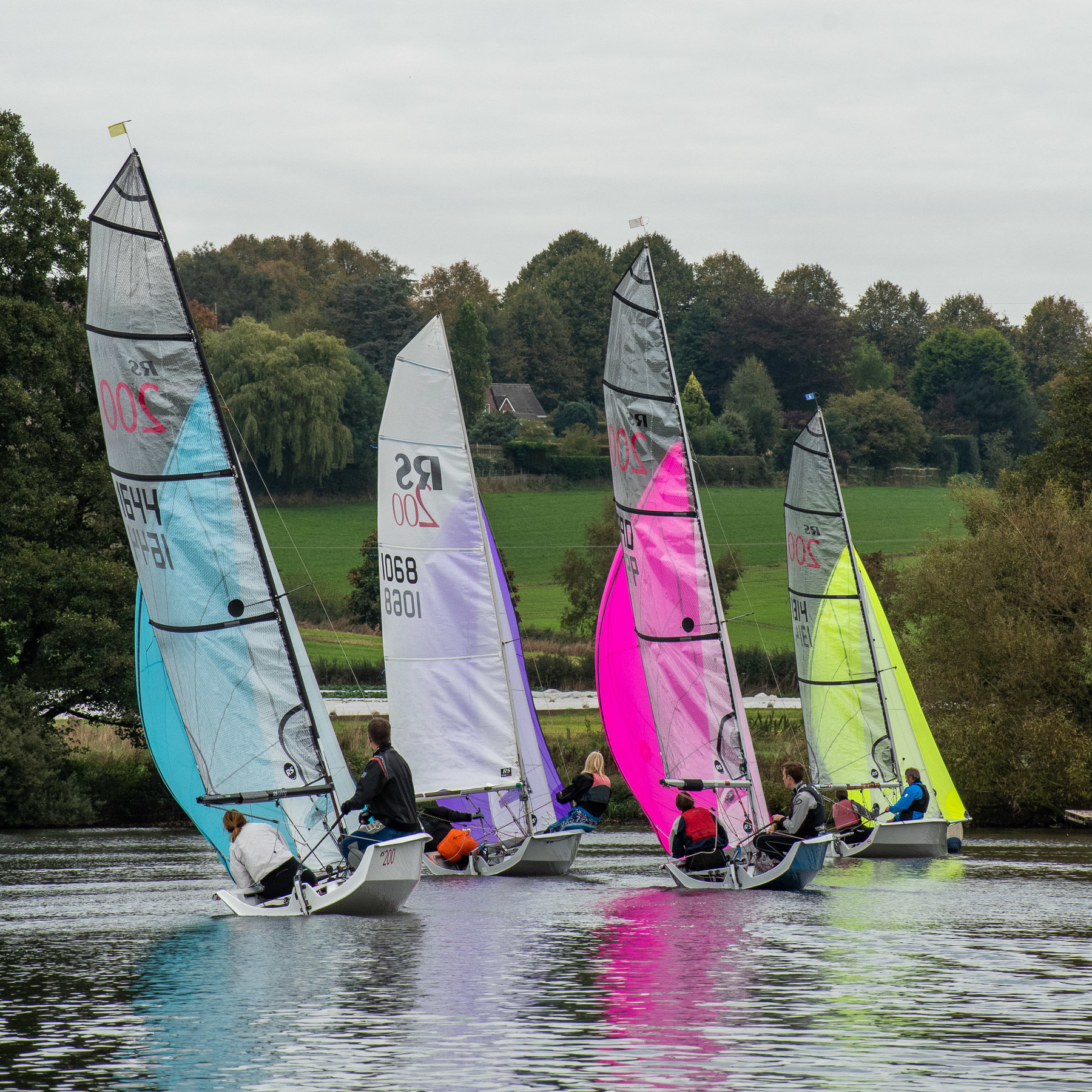 A strong turnout from Budworth's 15 strong home fleet together with visitors from Beaver, Burwain and Yorkshire Dales made for some exciting and very close racing in the last event of this years Northern Tour. The event comprised 2 pairs of back to back races in a light and tricky southerly breeze. In Race 1 Alastair Coates and Bex Smith in "RipSaw" took an early lead which they held to the finish with Ollie Groves and Esther Parkhurst pulling up through the fleet, as they tuned into the local lightwind conditions, to finish 2nd. In Race 2 Alastair and Bex escaped again with Jon Chapman and Wendy Martin in hot pursuit. Whilst they got away and had their own personal contest, which I'm sure was very enjoyable, for the rest of the fleet in was mega snakes and ladders with significant and unpredictable wind shifts both upwind and downwind really testing one's resolve and patience. In Race 3 the PRO unfurled the "U" flag as the preparatory signal which resulted in a couple of boats, including Alastair and Bex, who actually finished 1st on the water, achieving an OCS! Jon and Wendy took the race win followed by Tony Taylor and Debbie Sutcliffe. So, Race 4 was nicely set up for a head to head between Alastair and Bex and Jon and Wendy and that's how it played out from the gun. After a cautious start from Alastair (newly acquired knowledge on the "U" flag) Jon and Wendy took an early lead only to be eventually caught by Alastair and Bex. Although Jon and Wendy were able to regain the lead and round the penultimate mark in the lead they were overhauled by the mighty "RipSaw", cutting a fine line, on the final beat to the finish. Congratulations to Alastair and Bex, Jon and Wendy 2nd and Ollie and Esther 3rd.